Where each parent matters and every child is special!

In August 2015, Cashiers Valley Preschool teachers, board members and parents came together to discuss ideas on how to raise revenue for the school to use on various projects, upgrades and also supplement general day-to-day operations. During these discussions, our new campaign idea was discovered -- and yet it's been right outside of the school since CVP's inception in 2006.

The idea to rebrand the school around the beautiful dahlia flowers that have grown on the grounds and been tended to by the children for almost 10 years took off quickly. Within a couple of months, a new logo was unveiled along with the following history and call for the community to come together and show their support for CVP. 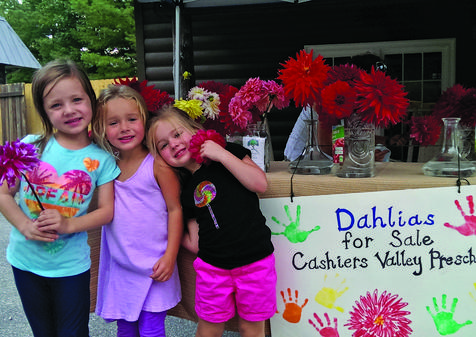 The beautiful dahlia garden at Cashiers Valley Preschool blooms each year from July to October. The enitre CVP family, including teachers, directors, parents, current students and even former students, have joined together to begin a fundraising campaign centered around these flowers. While simply selling dahlias does bring in some revenue for the school, this campaign is about more. It is about creating
a presence in the community that will keep CVP fresh in people’s minds in order to raise the necessary funds to fulfill the school’s vision. Some of the financial goals for the preschool include retiring outstanding debt in order to lower tuition, making an education at CVP more affordable; purchasing educational tools such as tablets and computers; building maintenance and upgrades; expanding the indoor and outdoor playground areas and adding additional equipment for the children to play and learn; supplementing the operations budget for additional teacher training; and providing the necessary funds to support the CVP Summer Program that offers a much needed service to our community for working moms and dads.

With your help, we can fulfill our ‘Preschool Wishes and Dahlia Dreams’. Please consider donating to Cashiers Valley Preschool today! CVP is a non-profit organization and all donations are tax deductible. Donations can be made via Paypal on our website, by mail, or in person! We would love to show you our wonderful school! 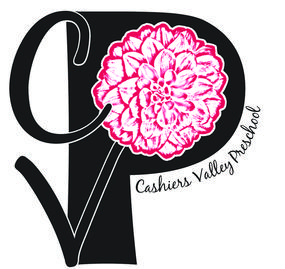 Cashiers Valley Preschool (CVP) opened its doors to area children in the fall of 2006. The following spring, CVP director and teacher, Frank Ralston helped the children plant 15 potted dahlias at the school. After the first frost in 2007, Mr. Ralston and the children cut the dahlia stalks off, removed the pots from the ground, and carried them inside to protect the tubers from freezing over the winter.

The next spring, the children and Mr. Ralston relocated the tubers outside to “wake them up” from their long winter’s nap. After two weeks of sunshine and rain, Mr. Ralston showed the children how the tubers could be divided to make more dahlia plants. What began as 15 dahlias in the spring of 2007, has now grown to over 130 at CVP’s new location at 180 Cashiers School Road.

When the dahlias are woken up each spring and divided, each 4 year old is proud to present their mother with a potted dahlia at CVP’s Mother’s Day program. Also, a few days before graduation day, each graduating 4 year old is given a popsicle stick with their name on it, to place in a planted dahlia to “mark as their own”. Mr. Ralston reminds the children to come back in the fall to visit the preschool and check on their dahlia. He assures the children that their dahlia plant will be as tall as they are and almost as beautiful. Many children return each year to admire the dahlia they planted and see how beautiful it has become.